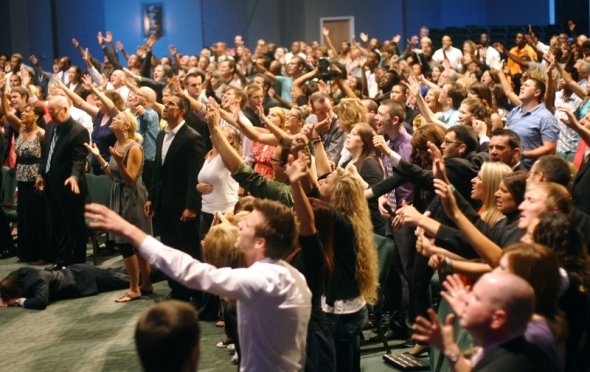 After this intense confrontation with the priests of Jezebel and the religious system of these days, there was this fleeing, running for his life and He sat down under a broom tree and prayed that he might die. He said, “I have had enough! Lord, take my life, for I’m no better than my fathers.” 5 Then he lay down and slept under the broom tree.

Many of us has been or are still in this devastating emotional moment as it seems to be the only one that cares about the Kings business while everyone else is so much involved in “the system” in whatever form! Almost pitying himself Elijah even wished to be dead and to be honest, we have been there…

But… we are living in this glorious revealing time of the showing up of the 7000 al over the nation, all over the world. Those that did not bow and did not kissed him… the god of the systems! And the great thing is that it is not just 7000, but because if you understand the God of multiplication, it is growing so fast that its is about the 7000 times 7000 and so much more! As Jesus is speaking about forgiveness, His 7 times 70 is a way of God’s mathematics and that why the suddenly becomes a showing up of multitudes.

Never before have I read reports on the social media pages as Facebook and Twitter like: This morning I was thinking about what God is up to in these days. The reports from many places is that God is on the move in our country (Sweden). Visiting Norway last weekend, it encouraged me to hear the “ready people” to cooperate with God in moving in the nation of Sweden and help the brothers and sisters! Initiatives rising up, young people taking their place willing to break in order to connect! Breaking with systems, connecting with hearts!

Yet I will leave, is what the Lord says! I will take care of them, I will comfort them and encourage them, I will feed them and make hem strong enough to take the battle and declare the victory!

When we moved to Sweden, some 5 years ago knowing that the Lord has spoken, honestly it was so dry, so unmoveable, as for today we meet, connect, reach out our hands and physically feel the strength of the hands ready to take the battle and build again! A total shift is taking place and hope is arising in the nation of Sweden. Last summer I wrote about a summer of change in my former blog and I have to be honest that I had no clue that entering the year 2013 would be so completely different in spiritual atmosphere!

Wow I can not wait to meet you all, you 7000 that did not bow and did not kissed the god of the system!