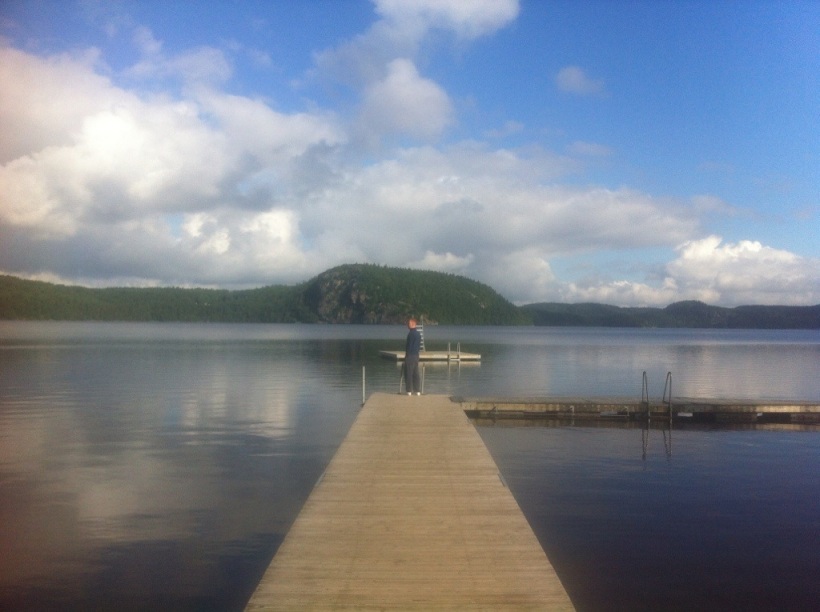 You and I are on a marvelous and mysterious but very real and practical spiritual journey to a destination that is not only changing life as we have known it but as a matter of fact is changing this world.

Our journey did not begin with us. It began over 2000 years ago when God came to earth to live in a body as a man, the last Adam. The world was in darkness and devastation apart from God and His plan and purpose for Planet Earth. God became a sinless man to ransom mankind and the world from its fall into darkness in the first Adam. Christ came to provide for redemption of the fallen world and restoration of the reality of the kingdom of heaven on earth.

There is today a joining of the generations of believers on earth for the last leg of the millennial journey to the destination of the life of Christ Jesus, the presence of God ruling and reigning on earth in His beloved children in whom Christ dwells. This is the marvelous reality clearly described as the New Jerusalem, Bride/City – of God dwelling with His people, bringing the order of heaven fully upon the earth.

The generation that is now approximately fifties to eighties in age are joining those who are over ten to and less than fifty and are becoming as one spiritual generation. Teens to forties are normally considered one generation. Forties to eighties are normally considered another generation. In the natural, spiritual children are maturing more rapidly than ever before. At the same time people over fifty to eighty are retaining much more vibrant life than ever before. In the spiritual among God’s people, there is a love bond that is bringing the two generations together as one in the Spirit of God.

The spiritual generation to come beyond this current conjoined generation, those who are under 10 years old now and those who will be born over the next 30 years, will live in a very different new era of life on earth in God.

Of course the ages and numbers presented here are not written in stone, cut off points, or limits. Like all spiritual things that manifest into the natural there is normally a phasing in and out in accordance with the grace and mercy of God that makes room for Spirit-to-spirit leadership and responses. In other words the generation and age numbers could be expressed as 10ish or 50ish and so on.

Also the two generations becoming as one is ONLY in God’s people. The enemy’s crowd and those affected by their ways will continue to divide and strive one generation against the other disrespecting each other and adding increasing sorrow to the degradation of humanity.

The conjoined generations will, by the grace empowerment of God, defeat the works of the enemy from their lives and make great strides toward establishing the kingdom (rule and reign) of God on earth as it is in heaven.

To accomplish this final historical unprecedented work and plan of God, fresh new life from revealed wisdom of deep hidden spiritual mysteries of God must come forth in the hearts and lives of God’s people. The spiritual secrets of the deep are being uncovered to the conjoined generations who are being given ears to hear the deep mysteries of God deposited in His written word and clearly seen or exposed by the Holy Spirit of God.

Natural man cannot hear spiritual things with his natural ears. Even believers who are trained by life in the world to evaluate truth and fact with their natural minds may not be given ears to hear the deep spiritual wisdom of God. The secrets are not revealed to everyone, only to those who are in position to receive ears to hear.

God spoke from spiritual heaven into natural earth when Jesus came up from the water of baptism and received the Holy Spirit as a dove coming and remaining upon Him. Those with ears to hear heard Father say, “You are my beloved Son, in whom I am well pleased” (Mark 1:11). Again God spoke from heaven at the time just prior to the crucifixion as Jesus prayed, “Father, glorify your name.” The Father’s replied, “I have both glorified it, and will glorify it again.” But the people without spiritual ears to hear thought it had thundered, and some thought an angel had spoken to Him (John 12: 28-29).

Natural minded people including natural minded believers may hear a noise but cannot discern the truths that God is speaking by His Spirit. They may read and study the Bible intensely and yet not receive the depth of what God is saying. Only those that are given ears to hear will hear clearly the deep wisdom of God that can change our lives and our world. Natural mindedness (carnal thinking) leads toward death and not life. Spiritual mindedness focused on things above leads to real life. Set your minds on things above, not on earthly things (Col 3:2).

Hearing the Word of the Kingdom

One may be able to hear a portion of the gospel but not be able to hear and bring to fruition the fullness of the word of the kingdom that contains the deeper wisdom of living the victorious overcoming kingdom of God life in the world now. When the seed of the word of the kingdom is sown in the soil of their hearts, it may not remain and be planted to grow to fruitfulness because of the condition of the soil of the heart. The heart that is softened by healing from having been hardened by the hard press of life, and that is not filled with rock hard false religious or secular convictions, and that is free from the cares of this life and the deceitfulness of riches is postured to receive the word of the kingdom in the good soil of their hearts. (See Mathew 10:10-23.)

When any one hears the word of the kingdom, and understands it not, then comes the wicked one, and catches away that which was sown in his heart (Mat 13:19).

Having ears to hear kingdom wisdom from God will enable us to become victorious in every endeavor of life including business, finances, ministry, family, health, and any other thing God has for us to be or do. The accomplishment of God’s highest purpose for our lives will be well within reach to those who will posture themselves to hear the deep hidden mysteries of the kingdom of God.

For more on posturing to hear the mysteries of the word of the kingdom of God see the Kingdom Growth Guide (#001) HEARING BY THE SPIRIT.

Pursue love, it never fails
and His kingdom never ends.

Dutch by birth, Sweden by choice, Kingdom by grace

There was an error retrieving images from Instagram. An attempt will be remade in a few minutes.

Error: Twitter did not respond. Please wait a few minutes and refresh this page.