They intrigue me, the re-words, the words that begin with the “re” they carry a sound of hope of worth of effort with love! At least most of them as you probably can come up with a funny-proof-wrong-example! 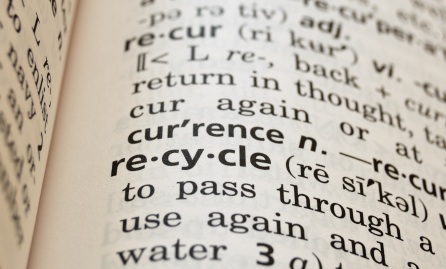 As the dictionary describes the one usage I really like and want to emphasize in this post:

1 once more; afresh; anew: reaccustom | reactivate.• with return to a previous state: revert.

usage: In modern English the tendency is for words formed with prefixes such as re- to be unhyphenated: restore,remain, reacquaint. One general exception to this is when the word to which re- attaches begins with e: in this case a hyphen is often inserted for clarity: re-examine, re-enter, re-enact. A hyphen is sometimes also used where the word formed with the prefix would be identical to an already existing word: re-cover (meaning ‘cover again’, as in we decided to re-cover the dining-room chairs) not recover (meaning ‘get better in health’).

Christianity has the tendency to move on from where we are, forgetting where we come from. It is the “legacy” of forgetting what is behind and moving forward  as I am convinced that this result was never what Jesus had in mind when He stated those words!

As the world is erasing the past, the history, by re-writing(!) it with different motives, we see a generation that has no clue about direction, loosing the total meaning of life. And, to be honest, this is not different in the church culture! There is no teaching, no transferring of the beautiful values, the foundations of old and with it, a generation has lost track! The result is that they start living by the re-defined life, “written” by ungodly agendas, fueled by the media.

So, here comes the significance of the re- word! As the “world” is using it as the strategy to totally distract a generation, there is a urgent hunger in the heart of this generation to even re- christianity, faith, God, church, relationships, society, culture and so on!

What a great, divine opportunity for us, to get in place and start fulfilling this hunger by evaluating our lives, our faith and even our God, as the “image” we created somehow does not fulfill the hearts. As a (grand)father, they ask me and mostly I have to think and rethink as most things in our age came “because they were”! No questions, just facts and now-a-days, that does not work anymore because they are disconnected from the process. They question and we need to provide answers. WE need to reconnect them to the process called LIVE!

It is a spiritual hunger that makes the re-!

My statement in raising my children has mostly been: In order to give them a future, I have to connect them with their past (legacy)!

Don’t get offended when they ask. Just re-view and re-connect!