A Word by Bill Yount 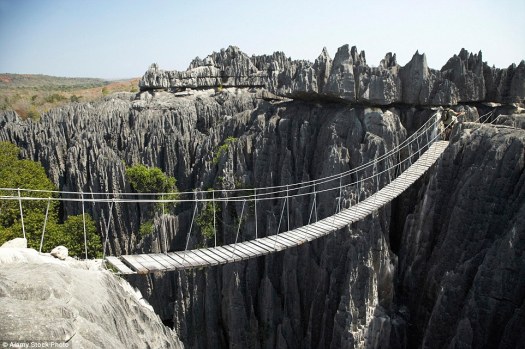 As Angels were Inspecting ‘Spiritual ‘ Bridges throughout the body of Christ, the Father was asking a question… “Can these bridges hold the weight of My glory?”

Webster’s Dictionary defines the word “bridge” as: a structure spanning and providing passage over an “obstacle” as a waterway.

Have you been feeling like there are obstacles in your road of getting to where God wants you to be?

I sense many are now traveling down a broken road because of a broken bridge in their lives. In times of war, if the enemy wants to paralyze a nation, he will target the bridges that connect the people in that nation to one another. Once disconnected, they have little power to resist the onslaught of their enemy.

I saw some relationships representing bridges that were connecting the Body of Christ together, but had failed to be maintained over the years and now were on the verge of collapsing. The collapsing of these bridges would mean that many of us would be unable to cross over into our Kingdom purpose and destiny without these certain relationships being renewed, restored and strengthened.

Some relationships we once thought we could go on without were now appearing before us as our “only” bridge to cross over into our inheritance. As I saw this, I sensed within me a proverb in the land stating, “I am not going anywhere without you and you are not going anywhere without me.” Whether we liked each other or not, our opposing attitudes began to fade as we saw by revelation, “These bridges must be restored and updated!”

Many Dreams, Visions, Ministries and Even the Glory of God Will Experience Delays While this ‘Bridge’ Inspection is Going On!

The cries of those who were injured and wounded through “spiritual” bridges that had collapsed regarding relationships, were now being magnified and heard in the portals of Heaven! Angels were now being assigned as “bridge inspectors” to carefully inspect the infrastructure of relational bridges to see if they were strong enough to carry the weight of the multitudes who would cross over into glory.

Many of God’s people were seemingly going through the motions of forgiving one another, but were failing to be reconciled to each other. Many were loving each other from afar off, yet still felt uncomfortable being close together to support the bridge God had called them to help build and to be a significant part of.

Don’t Burn Any Bridges Behind You

I sensed the Lord saying to all of us, “Don’t burn any bridges behind you.” Let’s not write off anyone in our lives who we don’t think we need anymore. About ten years ago, I was offended by a brother in another ministry that I thought I didn’t need in my life. I was ready and justified to separate myself from this brother and his ministry.

As I was about to sever my relationship with him, the Lord spoke to me, “You will need this brother and his ministry five years down the road from now to fulfill your destiny!”

Miracle Bridges are in the Making

Some who have tried to be reconciled with their loved ones and even their enemies, will discover that God has been faithfully working behind the scenes. He will honor those who have loved the unlovable and these faithful ones will begin seeing miracles take place to restore their collapsed bridge (which seemed impossible to rebuild).

God will release miracles in many who have been faithful to hope against hope in their relationships to discover afresh that God’s love can build a bridge!

Some Bridges are Made to be Walked On

Have you ever felt like people were taking advantage of you at times and seemingly walking on top of you? Welcome to the Kingdom of God! Besides having cars and trucks passing over them, some bridges are made to walk on. I know of one huge long bridge that is actually closed one day a year for people to just walk across it, and the people are thrilled to walk across that great bridge.

With Three Nails and Two Pieces of Wood, Jesus Built a Bridge for You and Me

I sense the Cross is coming back into the construction site of many of our deteriorated and collapsed bridges.

Death to self will be a powerful strengthening force to uphold these bridges. We must humble ourselves to prefer others and esteem their ministries and dreams even above our own. Crosses and nails will become a common ingredient to build these bridges that will eventually hold the weight of the Glory of God! 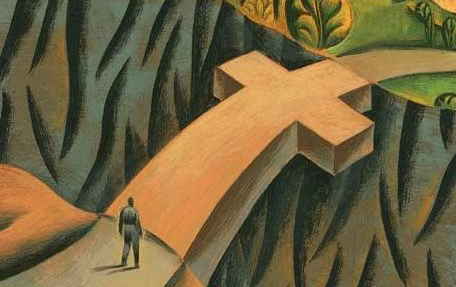