With the devastating power of a Tsunami, the daily attempt of the media to attack and control your soul is enormous and evil. 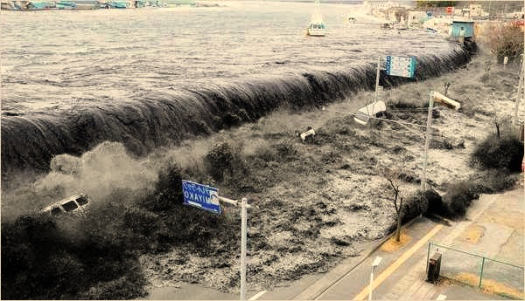 Watching the intensity of the process concerning the midterm elections and the past nomination of Brett Kavanaugh, it’s scary to see the reaction of a generation, emotionally rewired and controlled by a violent ideology. The moment, totally unexpected (except by those who “saw”) a man took office in America who was not part of the then ruling society, hell broke loose and all was blamed on the man. Respected Christian leaders started to express concern and used their positions to speak out against. As much as it revealed the hearts and agendas of the politicians, in the same time it revealed, all over the world, the way we as Christians dictated God how to do His job and how to serve our agendas.

Now, this is not about Trump or the USA and even about elections, it’s about something far beyond and even more concerning, it’s about you and me and the way we are played and play with them.

As I was watching the anger and even the sincerity of their concern about a man and the accusations brought up, even proved to be wrong, I realized that this is not passing by. It’s a entire generation prepared to be the “army” of the wicked. It’s scary to see how honest and convinced they are about life and it’s even more scary that they are so far, so very far from dignity and respect and all we as society stood for, besides of course those that at the end deserve prison.

The new normal, the new way of doing and perceiving issues is so very far from the dignity of mankind. 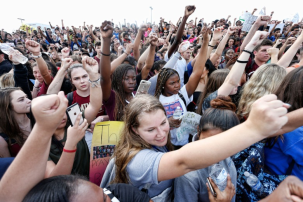 Now, where I am going is the way we are played. And more concerning, the way your children and grandchildren are “played”.

Living in a nation where government has fully taken over the responsibility of raising our kids, the deep sad part is that America and all that happens over there does not raise a flag or ring a bell, but point to the bad guys without seeing what is happening right under our own eyes.

My not so nice confrontations with people, Christians, here in Sweden about America and Sweden and elections and God’s purpose have convinced me of the fact that the deceiving media efforts for over the past 30 years has reach the point of forming opinion at the cost of seeking truth ourself.

They are flooding the soul
Yes, it is dramatic the way our minds are fuelled and controlled by the opinions of others. The dominant place, influence and authority, the (social) media has in our lives is alarming and has reached the point of lack and powerlessness. In a moment where all of us need to stand up and speak, not just post but firmly speak and handle, the silence is scary and threatening!

If there is one thing needed, it is to silence the outside voices and speak from the source that is pure, true and safe!

Last Sunday we gathered as a family (as we do every Sunday) and Marcus shared the powerful truth of “Faith comes by hearing”!

‘So then faith comes by hearing, and hearing by the word of God.’ Romans 10:17

Sharing testimonies, reading the Words, flooding your soul and your spirit with the only trustable source that comes from Heaven!

Yes, they are flooding your soul and the souls of your children and here is where we all come in! The protection around the houses, the soul, the spirit by prayer, by teaching (imparting) the Word, by safe fellowship, by relevant presence into the lives of those that are in our sphere of influence!

As a prayer movement is (also) flooding the earth, the difference from the “prayer meetings” as I attended them before is a generation that understand not just the power of prayer, but more soever the position and authority that we have in the Courtrooms of Heaven to change the atmosphere, to influence the Climate.

Closing down (as I will continue to write about this subject) it start in taking back that position, which is NOT a church effort by a family centred duties to return in the “house” and bless, teach, and lead the family into this new and powerful assignment!

Join http://www.sverigebonen24-7.com, and register your “house” in the Prayer Altar Initiative, flood the nation with a cry and a Sound of Heaven!

Stop the influence of this flooding attack with the antidote of Prayer and Word in your own house!